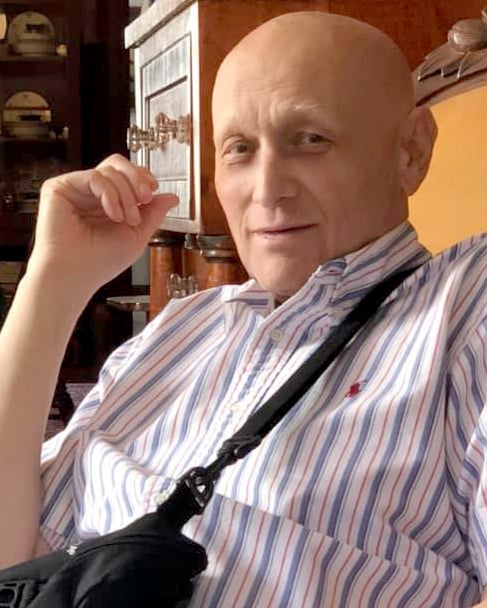 James Proctor Brown, III, left his earthly body on Monday, January 4, 2021 at the age of 80 in Norfolk, Virginia. His wife of 49 years, Helen, was with him when he passed. Jim and Helen lived in Norfolk for over 50 years, marrying at their Ghent home in 1971. Jim was predeceased by his parents, Lucinda “Lue” McAfee Brown and James Proctor Brown, Jr. He is survived by his wife, Helen Nelson Brown, daughter Kerry (E. Ryan Mashayekh, husband) and their son Henry Proctor Mashayekh, daughter Elizabeth (Calvert “Cal” Crary, partner) and their son Calvert Roscoe James Crary, and Cal’s daughters Magalie and Marion. Additional survivors include his brother, William “Bill” McAfee Brown, his children and their families.

Born on April 16, 1940 in Reedsburg, WI, little Jimmy grew up in the Chicago suburbs and later moved to  Bloomington, IL. Jim graduated from Illinois Wesleyan University in 1962 with a degree in History. He joined the Peace Corps in its inaugural year, serving from 1962-1964 as a teacher in Nigeria. This experience with the Peace Corps was life changing and life lasting. After his tenure with the Peace Corps, he traveled throughout Africa and Europe, ultimately deciding to return to graduate school. In 1968, he completed his master’s degree in African Studies at Indiana University and accepted a position as a History Professor at Norfolk State University (NSU) that same year.

During Professor Brown’s 40-year tenure at Norfolk State (1968-2008), he taught various courses in African and world history. He received numerous grants and fellowships to continue his education, traveling widely to expand his understanding of world cultures. He had the opportunity to return to Africa several times, amassing a personal collection of photographs, films, and material artifacts related to the art and culture of the region. Trips to study in Mexico and Russia made a huge impact on his interpretation of history and life. Everything was an educational opportunity in Jim’s eyes. He used his personal experiences and artifacts to authentically share his appreciation of world cultures with his students and his community. He was frequently invited to give public lectures on African art, history, and culture. When NSU began organizing and collecting materials for their African Art Gallery, he donated his time and resources to expand and interpret their collection. Even after his retirement from NSU in 2008, he worked for several years in a curatorial capacity to assist with acquisitions and display. He made lifelong friendships during his career at NSU and often ran into former students who would call out, “Hey, Dr. Brown!” to reminisce their fond memories of his classes.

Jim was committed to several organizations (Returned Peace Corps Volunteers of Hampton Roads, Torch Club of South Hampton Roads, Friends of Nigeria, Friends of African American Art at the Chrysler Museum, Holland Society of New York, Norfolk Chamber Consort) and was an active supporter of the arts community. He deeply appreciated art, music, film and literature, even writing a novel about his life experiences in Africa, and recording a song he wrote about a traveling musician waiting to get home to his love. Jim loved traveling, visiting museums and historical sites, taking photographs, and researching genealogy. He sustained a life long interest in philately, coins and comic books, among other collections. Jim and his wife Helen loved hosting and attending all kinds of social gatherings. He maintained a positive outlook and felt that everything was symbolic and should be appreciated. A deeply spiritual man, he believed that we are all brothers and sisters, and should treat each other with respect. Jim will be dearly missed, but his life and legacy continues with his family, friends, and all the students he met along the way.

In lieu of flowers donations can be made to the Norfolk State University Foundation (Dr. James Brown Memorial Scholarship) or Columbia University (Merritt Center Research Gift). A full memorial page with more details can be found at www.lizbrownmedia.com/jamespbrownmemorial

Share on TwitterShare on FacebookShare on Email
SEND FLOWERS